What is Section 45A?

A benefit introduced to cover the pension period for CIS, Police and Fire Service officers for the non-contribution period before 1990

Information on the Non-Contributory Vested Pension Benefit (Section 45A)

Who is eligible for the benefit?

Provided that they need the Eligibility requirements under the Act.

Members of departments and approved authorities that were required to contribute to Public Officers Superannuation Fund (POSF) prior to 1991 DO NOT qualify for this benefit.

From 1st January 1991, the POSF Act made it compulsory for all permanent Public Servants including members of the Fire Service, Correction Services and Police.

In recognition of the period of non-contributory service before 1991 by Fire Service, Correctional Service and Police Force members, the POSF Act was amended to include a vest benefit in respect of service provided by these members of the Fund where they exited the Fund after 1st January 1991.

Take note that anyone that ceased employment before 1991 is not eligible for this benefit.

The Vested Benefit only applies to:

The Vest Benefit is only payable where members have completed a total of 20 years’ service of non-contributory and contributory service taken together;

Once an officer has completed 20 years of total service they automatically become entitled on termination of employment to the payment of the benefit;

Termination after completion of 20 years of service is taken to mean separation of any reason including resignation, retrenchment, retirement on all grounds and termination by the employer for any cause;

Retirement is taken to mean 50 years of age, but in order to draw the Benefit, the member must have completed 20 years of service; and

All payments of the Benefit will be paid by Nambawan Super in accordance with the Fund’s rules applicable to pensions and lump sums.

For a member who started employment in 1980 was not contributing until 2001, Is the member eligible for section 45A?

Yes the member is eligibility based on;

Is there a set time for eligible members who have exited to apply for the benefit?

Members can apply when they exit the Fund

How often does NSL receive funding from the Government to pay this benefit?

If a section 45A member dies, will beneficiaries be paid entitlements?

Yes, if the member did not receive the payments at the time of death

Is Section 45 payment included in my normal benefit payment or is it paid separately?

It is paid separately

When will the pension payment of section 45 cease for pensioners?

Section 45A is not a pension payment. It is paid to eligible officers when they exit employment as a one-off lump

Is there any possibility of accessing it in lump sum?

It paid as a lump sum

Will the interested be added to Section 45 for those missing years (non-contributory years)?

No interest is not calculated. The Section 45A payment is a one off payment to compensate officers who were not eligible to contribute because the law at that time (prior to 1991) did not allow them to

How can I access section 45 if I am the beneficiary of the pensioner?

How is the section 45A payment calculated?

It is calculated from gross salary as at 01 January 1991. This information is provided by the respective employer to NSL

Who is responsible for payment Section 45A?

The State. NSL only facilitates the payments.

No. An officer is only entitled to one benefit either superannuation or pension

Who is eligible for Section 45? 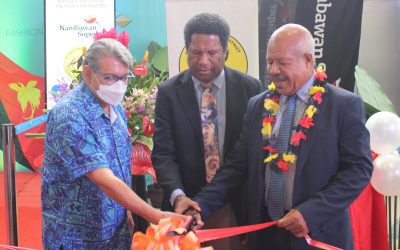 Nambawan Super, Lamana Development Limited (LDL) and the National Capital District (NCD) today officially opened the Rangeview Plaza to the over 2,000 eager shoppers from all around NCD. The shoppers were welcomed in to witness the historical Grand Opening Ceremony... 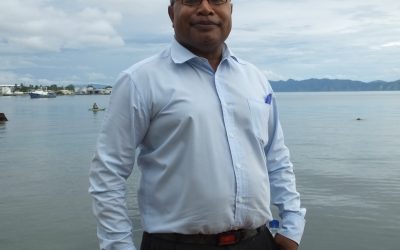 Dr Perista Mamadi is the Director of Curative Services for Milne Bay’s Provincial Health Authority, responsible for the Alotau Hospital. As a qualified surgeon, Dr Mamadi knows all too well the hard work, patience and commitment that’s required for success and to...