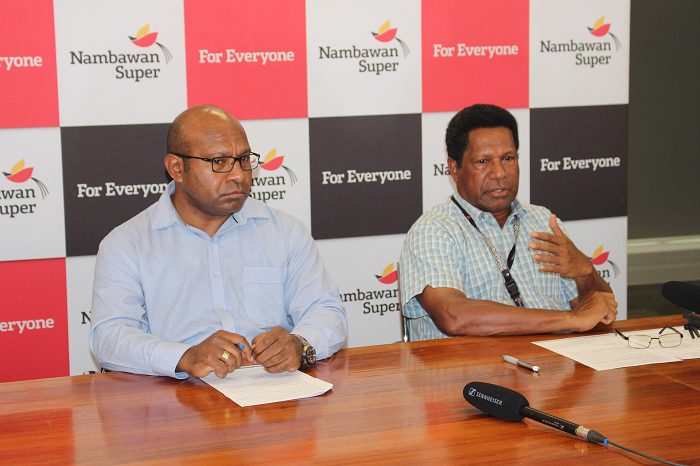 Nambawan Super is continuing with the next steps to secure land the Fund owns at 9-mile.

The Project Manager’s appointment has been extended and they are continuing with face-to-face engagements with settlers, NCDC and the State about the next phase.

During the past 3-months, the Project Manager has engaged with all stakeholders in the hope of reaching a win-win resolution for NSL and squatters at 9-mile that would allow settlers to remain on site through a land swap.

The timeframe to secure a deal expired at the end of July, and no agreement has been secured as no suitable land has been identified for the swap.

With no deal secured during the 3-month period, NSL is now in discussion with NCDC to facilitate relocation of squatters.

The next step is for the Project Management team to establish a permanent camp on the site, which belongs to Nambawan Super, in preparation to secure the boundary and ultimately construct perimeter fencing. The permanent camp will also provide settlers easy access to NSL representatives and accurate information onsite about the relocation process.

New boundary signage will also be installed to provide clear directions that those on the site are trespassing.

Over the past 3-months, the NSL appointed Project Manager has been onsite conducting awareness sessions over several weekends, providing squatters with information about the process Nambawan Super is taking to secure a land swap, and advising if this was unsuccessful, the process would move to the next phase of relocating settlers and taking vacant possession of the site.

Full social mapping has been completed, providing NSL and government stakeholders a clear view of the number and types of dwellings illegally constructed on the site and the number of occupants.

The site boundary is also clearly pegged, so that squatters know if they are within the boundary of the NSL land, or not.

“Nambawan Super is not obligated to wait for agreement with any other party, the court has ruled in NSL’s favour and we are progressing to take vacant possession of the land,” an NSL spokesperson said.

“Over the past few months NSL has ensured settlers are well informed and there is a broad understanding that they are illegally squatting on land owned by NSL.

“For months we have been engaging with NCDC and years with the Lands Department, in the hope of reaching a win-win resolution for NSL and settlers at 9-mile.

“Despite negotiations being undertaken in good faith, there is no agreement for a land swap that would enable settlers to remain on site.

“This land belongs to the 200,000 every day Papua New Guineans who are the members of Nambawan Super,” the Fund’s spokesperson said.

“It has significant value and forms part of their investment portfolio that Nambawan Super is committed to protect and grow for our members’ future.

“Although this is difficult, Nambawan Super is approaching this process humanely.

“The Fund cannot walk away from the land – it would mean a significant financial loss for members.

“We all understand the value of land ownership, and the settlers know they are illegally living on land that does not belong to them, and did not belong to those who illegally sold them the land,” the spokesperson said.

The Fund does sympathise with those who have been defrauded by fake ‘customary land owners’, however it must act to protect a the assets that is owned in trust for the more than 200,000 members of the Fund.

It is the Fund’s goal to develop the site to provide affordable housing through design, efficiency, scale, and partnerships with key service providers and suppliers.

NSL already has Titles for portions 2156, 2157, and 2159 and a Project Manager has been appointed to support the Fund to secure vacant possession.